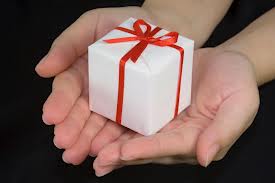 The wonderful fall weekend here in Centralia IL was made a little more interesting for a tax professional / tax geek like me.

Our little tax world was abuzz on Friday afternoon, after the release of Mitt Romney’s 2011 tax return. He had filed for an extension, and his actual return was (finally) released by his campaign. It’s 379 glorious pages of tax geekery and voyeurism, and there were a few fun facts:

* Most of the Romneys’ income came from investment earnings, which generally are taxed at lower rates than ordinary, or wage, income. And all these calculations come to a 2011 effective tax rate for the Romneys of 14.1 percent.

* They donated just under 30% of their income to charity — which is remarkable, no matter what political persuasion you hold to … but here’s the part that has everyone abuzz:

* They only claimed 56% of those charitable deductions that were available to them. So, Romney intentionally overpaid his taxes, obviously to conform to the statements he had previously made about not ever paying less than a 13% tax rate.

Aside from the fact that Romney’s income would make him the 8th-highest-paid player on the New York Yankees, the very interesting question arises: After November 6th, will he amend his return to claim back the $1.77 million in charitable donations that he and and his wife didn’t include on their Schedule A, thereby getting a nice refund check of around $265,616?

If he wins, I’d put that as highly unlikely. But if he doesn’t win … well, I don’t think he accrued his fortune over the years by being dumb. We’ll probably never know, because as a private citizen, he’d be under no obligation to release any of these personal moves.

But it sure is fun to speculate!

By the way — to cut off some questions at the pass:

1) YOU still have until October 15th to get your extension to the IRS. If we’re working on that on your behalf, you can rest assured it will be done.
2) There is a 3-year window for amending prior returns. If you do NOT have us working on your behalf with your returns, let us know — we’d be glad to review any of your old returns, and you will only pay if we end up filing an amendment which saves you money!

Lastly, all of this talk of charitable contributions brings to mind what I have often conversed about with some clients, so I thought I’d bring it here…

Centralia IL Tax Professional On The Best Reasons To Give To Charity
We’re into the final quarter of 2012, and since this is the biggest quarter of the year for giving, I’d like to take the opportunity as your “financial coach” to make a few points about giving to charity.

Why *do* you give to charity? Is it for the tax deductions … or for a different reason?

Now, as a tax professional, I’ve got no problem helping my clients use all available deductions to their utmost, ethical advantage. But I love it when I see my clients and friends make giving decisions which seem to run counter to immediate, short-term self-interest in their giving.

And, I believe it’s actually “enlightened” self-interest in the long run. And not just in our sense of feeling good.

I see the balance sheets of folks from every walk of life, and over the years I’ve noticed an interesting phenomenon: individuals and families who make giving a priority, even when they aren’t “wealthy”, seem to do better in the long run. And I mean financially — not just in their state of mind.

(Though, there are great “state of mind” reasons for giving. Have you seen, as I have, that those who freely give seem to be more pleasant company?)

I make it a point to seek to observe how money works. And, for some reason — money gets attracted to those who aren’t in hot, desperate pursuit of it. It’s almost like in romance–potential lovers are usually turned off by the overly-aggressive seeker.

So, because of the looming fiscal realities in Washington, and the charitable deduction rate goes down from the current 35% of what you donate, may I suggest that you consider increasing your giving? You might be surprised by what happens in your heart.